AUC becomes "foolproof" in the '40s

Undeterred by his unsuccessful foray into a still-emerging ultracentrifuge marketplace—which he had hoped to create—Svedberg turned his attentions to writing.

In 1942, he and colleague K.O. Pederson published the first textbook on AUC (prosaically titled The Ultracentrifuge), which would soon be widely accepted as the bible of analytical ultracentrifugation.

Soon thereafter, and thousands of miles away in sunny California, Maurice Hanafin, from Glass Engineering Laboratories, approached Edward Pickels with an offer to help him market a Pickels-designed ultracentrifuge. 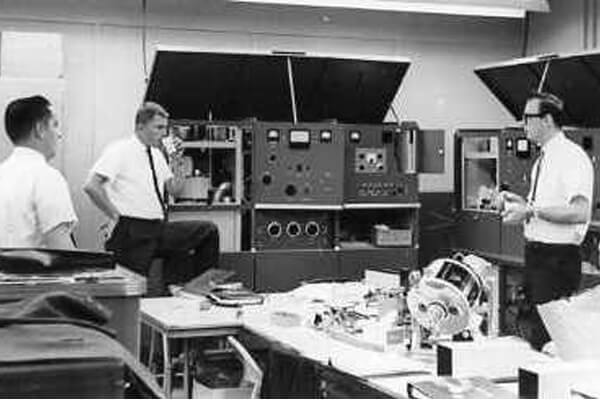 The idea intrigued Pickels. But given the market’s disappointing response to ultracentrifuges offered by Beams and Svedberg, he was understandably leery. Concerned his own design might still be too complicated to achieve wide use in the lab, Pickels set about to build an easier-to-use, electrically driven, “foolproof” ultracentrifuge.

After agreeing to team with Hanafin to found Spinco (an apt acronym of the otherwise vague name Specialized Instruments Corporation), Pickels, by 1947, was ready to unveil the results of his latest efforts. Dubbed the Model E, the new Spinco ultracentrifuge could be used for analysis or as a preparative ultracentrifuge.

Sales of the “foolproof” Model E were anemic at best—numbering only seven the first year, at $13,200 apiece—and Spinco slowly began spinning toward bankruptcy. History seemed to be repeating itself.

Inspired, nevertheless, by Hanafin’s observation that most researchers at that time seemed to have little interest in AUC, Pickels subsequently built an ultracentrifuge designed for preparative use only, dubbed the Model L.

Designed to be “as easy to operate as a washing machine” and, at one-fourth the Model E price, the Model L literally saved Spinco from bankruptcy. In fact, the Model L, which indeed seemed to be “foolproof,” was so commercially successful that Spinco could even afford to continue manufacturing and selling the Model E.6

For many, the introduction of the Spinco Models E and L was a truly revolutionary event in the history of AUC—and one for which Edward Greydon Pickels received scant credit.

In the words of eminent biochemist and former Indiana University Professor Dean Fraser: 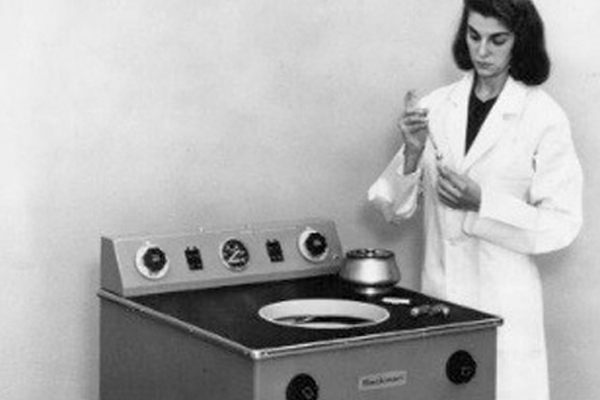 “In my opinion, (the Model L) has done more than any other single instrument to advance the study of viruses, yet Pickels received almost no attention for these remarkable achievements. Previously, ultracentrifuges had to be run behind three-foot-thick walls of reinforced concrete. The scientists who operated them were considered slightly insane. Centrifuges required constant attention … and explosions were to be expected at fairly regular intervals. The Spinco preparative centrifuge, for contrast, is about the size of a washing machine, and anyone can learn to run it in 10 minutes.”

For several years after the introduction of the Model E, Pickels continued to play an integral role in its evolution, including the development of a synthetic boundary cell that made it possible to perform differential sedimentation experiments.

The future of AUC, it seemed, was once again on the upswing. Spinco had not only survived, it was starting to thrive.

And it would continue to thrive well into the 1950s.